EHLM is the work of three organizers. 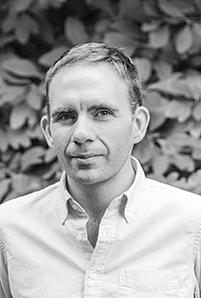 Anil Menon is a Ph.D. Candidate in the Department of Political Science at the University of Michigan. Before moving to Ann Arbor, he completed an MSc. in Economic History (Research) from the London School of Economics and Political Science and a Bachelor of Arts in Economics and History from Middlebury College. His core research agenda involves understanding the impact of historical legacies and memories on both past and contemporary political outcomes. One strand of this research explores the long run consequences of historical events on state capacity and economic development. Another seeks to shed light on the persistent impact of traumatic events on the political attitudes of individuals. He is currently working on experimentally ascertaining whether evoking memories can serve as an effective tool for political actors in manipulating public opinion. More information can be found at his website.

Robert Mickey is Associate Professor in the Department of Political Science at the University of Michigan. He teaches and studies U.S. politics in historical (and occasionally cross-national) perspective. His core research interest is in the contemporary politics of American economic inequality, racial politics, and American political development. He has published a book, Paths Out of Dixie: The Democratization of Authoritarian Enclaves in America’s Deep South, 1944-1972, by Princeton University Press on these topics. His research has also been published in the Journal of Law and Politics and Studies in American Political Development, as well as in several other journals and edited volumes. More information can be found at this website.

Theme by Anders Noren — Up ↑